Winter is a world of its own… 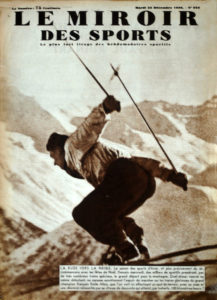 With its traditions, its famous figures, and its history… That of Sainte Foy is intimately linked to the development of skiing and its ski club, formerly known as the “Tarine Sports Union“, which will soon be celebrating its 100th anniversary.

« There were no ski lifts at the time, we used to ski in the meadows, crossing over the little roads. The children used to groom the pistes by stepping their way up and down them. At the time, there wasn’t much to do, so as soon as we had free time, we went skiing. »

In the 1930s, the 15 bedrooms and dining room at Hotel Arpin already welcomed the first pioneers of skiing. The tone was set. Passionate about skiing, Guy Arpin became a member of the French ski team from 1951 to 1956, followed by his brother Michel Arpin who joined the national team from 1956 to 1966 and went on to coach a promising young skier named Jean Claude Killy…

The Haute Tarentaise valley, one of the birthplaces of skiing, gradually opened up to tourism, with the development of the resorts of Val d’Isere, Tignes, Les Arcs, and La Rosière. In December 1990, the carefully-planned resort of Sainte Foy Tarentaise was inaugurated, becoming the “youngest” resort in the Alps.

Sainte Foy Tarentaise, An aesthetic paradise in the Haute Tarentaise…

… « The little Savoyard resort is a popular hideaway for those in the know » … Annie Barbaccia, le Figaro. Feb 2012. 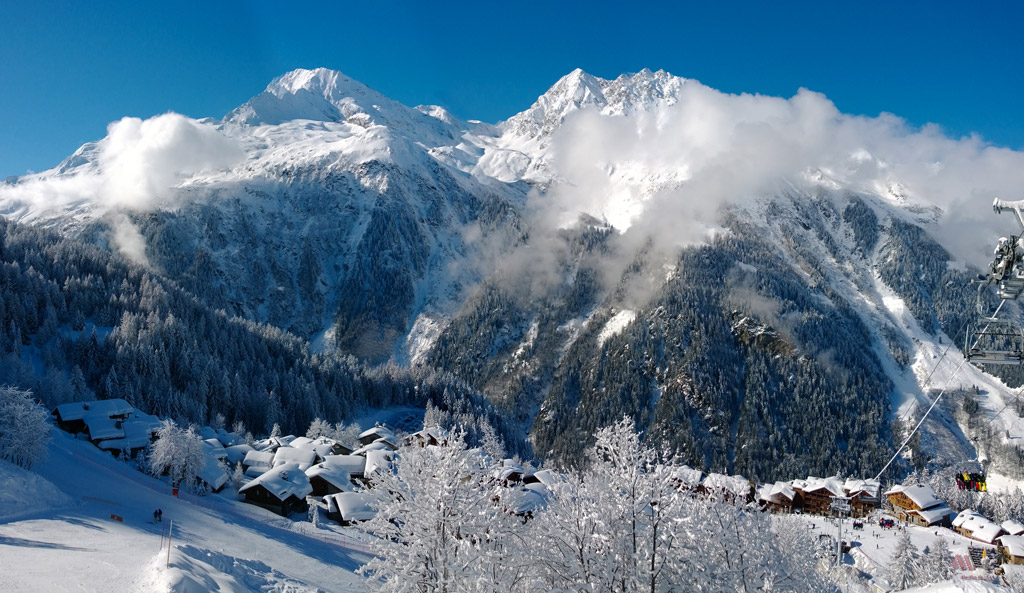 In the midst of the most famous ski resorts of the Tarentaise, Sainte Foy is the youngest and most British of the resorts, distinguished by its carefully-controlled development and infinite opportunities for skiing… Far from the frenzy of the larger resorts, here you will feel as though you have discovered a secret hideaway that everyone is keeping hush about. Go backcountry skiing in the midst of a protected natural environment and experience chalet life like nowhere else, with everything from simple luxury to exclusive services. Steeped in a rich architectural heritage with its classified hamlet, its houses with their magnificent pillars, its chapels, and its chalets with their stone facades, wood cladding and lauze roof shingles, here you can enjoy a real mountain atmosphere.

Pastoralism was once the main local activity and is still very present in Sainte Foy Tarentaise today. Herds of cows and sheep graze peacefully in the protected valley of Le Clou, Sassière plateau, and the mountain pastures. In the village of Le Monal, you can buy the famous persillé cheese, made from raw goat’s milk. First produced in the mid-eighteenth century, it is still made today using the ancestral methods. During your excursions and walks around Sainte Foy, you can also visit the main farms in the surrounding area.

Few parishes have such a vast surface area and extensive altitude range as Sainte-Foy. Its lowest point in Viclaire is at 890 metres altitude, while its highest summit, la Grande Sassière, is located at 3,746 metres. Sainte Foy Tarentaise covers a total of over 11,000 hectares, of which 20 kilometres are on the Italian border, which you can easily cross at the mountain passes of Col du Mont and Col du Rocher Blanc.

Among the many hamlets in the parish, each as charming as the next, Le Mirror is noteworthy for its houses with their magnificent pillars. Most of them are very old as their existence was already documented in 1633. They were built by the “communiers” – local peasant farmers who used the pastures – and the village home owners. The majestic pillars support the roof overhang, forming a covered area for dry air to circulate around the hay lofts and wood piles, as well as for people to move about between the different floors, sheltered from bad weather. Houses with pillars of this kind can also be found in La Mazure, Montalbert, Le Baptieu, La Thuile and the resort of Sainte-Foy.

The classified site of Le Monal offers a wonderful example of the architectural mountain heritage. This hamlet is composed of 18th and 19th alpine chalets which have retained their authenticity. The houses were entirely built using stone and wood from the surrounding environment. Water is also plentiful in the pools and streams that wind between the houses.

Many mountain hamlets have their own chapels (24 chapels in total in the parish). Most of them are very old and many have been renovated. They were built by the “communiers” – local peasant famers who used the mountain pastures – and the village home owners. Sainte-Brigitte Chapel in Le Miroir is listed as a historic monument.